On display from March 17 to March 26, the curated showcase of unique masterpieces writes a new chapter in the longstanding dialogue between Cartier and the region, says Cartier.

The inaugural evening took place on 17 March in front of Salwa Palace, the main landmark of At-Turaif and an important cultural symbol. The site was chosen for its cultural relevance in line with the Maison’s commitment to preserving and honouring beauty and heritage treasures.

To celebrate the momentous occasion, a concert was performed by the British Royal Philharmonic Orchestra conducted by Thomas Roussel, accompanied by Sawsan Al Bahaiti, the voice of Saudi Arabian Opera.

For over a century, Cartier has fostered its close relationship to the region’s land and its people, and the Al Thara wa Althuraya exhibition pays homage to these deep-rooted connections and marks another key moment between Cartier and Saudi Arabia.

Cartier is the first brand to exhibit its artefacts within the historic site, which will soon be open to the public.

The exhibition showcases 40 exquisite jewellery pieces, of which many have never been presented before, from the Cartier Collection in addition to 200 signature and timeless creations. All of the pieces shed light on Cartier’s five markers of style: Fauna and Flora, Geometry and Contrast, Architecture and Epure, Cultural Explorations and Ludique.

The showcase of striking and celebrated pieces from across the Maison Cartier archive embody an exploration of world beauty and the enhancement of light, which have formed the Cartier style since the early 20th century. For almost 35 years, the pioneering collection has been curated and tailored, within context, to present the key signatures of the unique Cartier style – a singular vision of timeless beauty, which is instantly recognizable.

Kalid Lanssari, Managing Director of Cartier, Saudi Arabia, said: “At Cartier, we find inspiration in the world’s diversity. As a Maison, we have been anchored in the peninsula since 1912, when our founder Jacques Cartier first visited the region looking for extraordinary pearls and came back with much more: friendships, memorable moments shared with locals, and great sources of inspiration, which continue to influence the unique creativity evident in our designs. Since our establishment in the Kingdom, we have continuously sought to offer unprecedented experiences while also celebrating several milestones.

“The legacy of our presence lives on as we proudly present Al Thara wa Althuraya, a ground-breaking event for Cartier as the first global brand to exhibit in this historic site and the birthplace of The Kingdom. This collaboration is a true honor and we would look forward to the journey ahead.”

Jerry Inzerillo, CEO of Diriyah Gate Development Authority, said: “Diriyah is known as the jewel of The Kingdom. We have proven this of late, as we start to host a range of arts and culture programs for the bourgeoning audiences from across Saudi Arabia. As a global destination for historical and cultural enthusiasts, the Al Thara wa Althuraya exhibition is an ideal complement to what we do and most importantly pays respect to Saudi’s rich and diverse history, an ancient trade and pilgrimage route and a gathering place. This partnership has been a pleasure and we loved welcoming our guests of honor and look forward to the following days.”

At the Maison, the creation of exceptional pieces is always guided by a vision of beauty, harmony or proportions, bold contrasts and curiosity. They each have an intrinsic technical virtuosity devoted to aesthetic perfection.

Notable items from the Cartier Collection on display include:

• A Scroll tiara (Cartier Paris, 1910) sold to Elisabeth, Queen of the Belgians (1876-1965). The relatively linear, garland-style tiara was altered in 1912 to be worn as a bandeau, suiting the “flapper” look that the queen adopted after World War I;

• A Scarab belt buckle (Cartier Paris, 1926), which originated from Cartier’s stock of apprêts and, according to the Maison’s archives, dates back to the 19th dynasty of Ancient Egypt;

• A Chimera bracelet (Cartier Paris, special order, 1929), which was the first of the Chimera bangles to be made entirely of platinum and gemstones ; and

• The famous Crocodile necklace (Cartier Paris, special order 1975) made for actress María Félix, meticulously set with more than 1000 brilliant-cut yellow diamonds and over 1000 emeralds. The iconic piece has adorned many famous necks over the years. 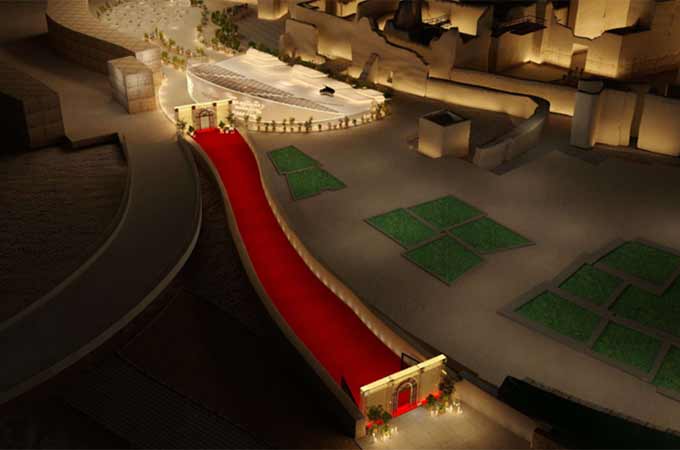 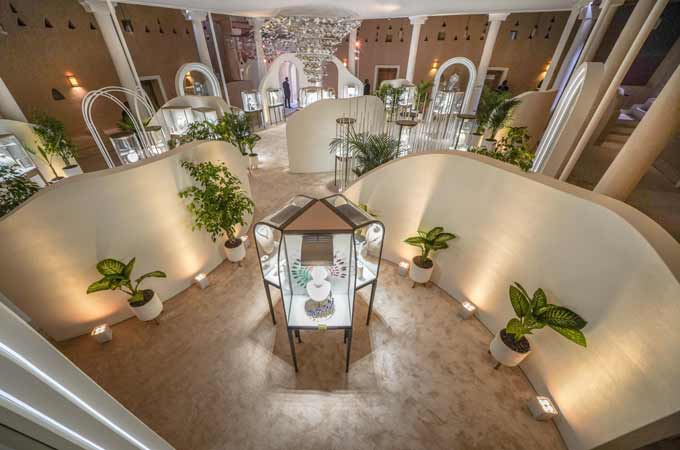 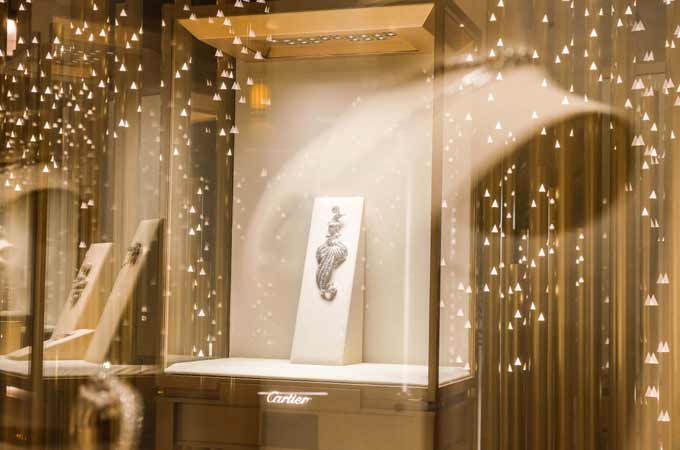 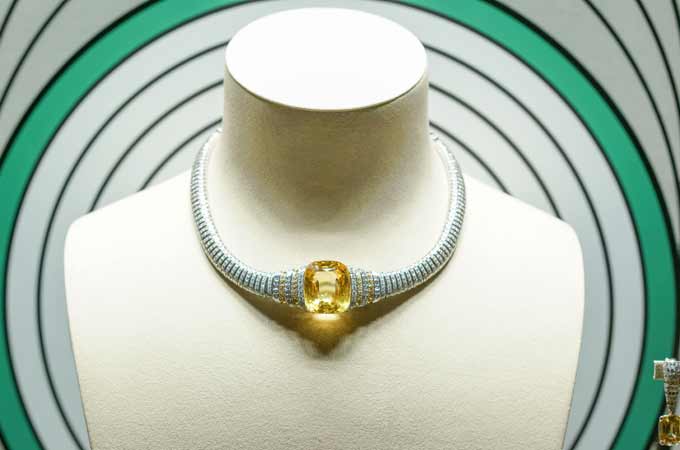 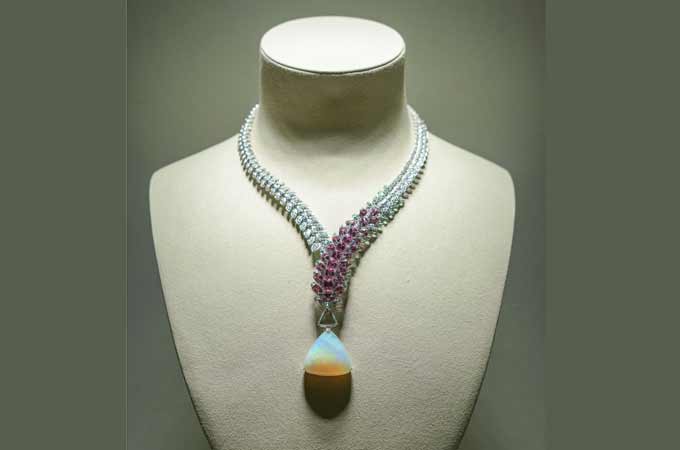 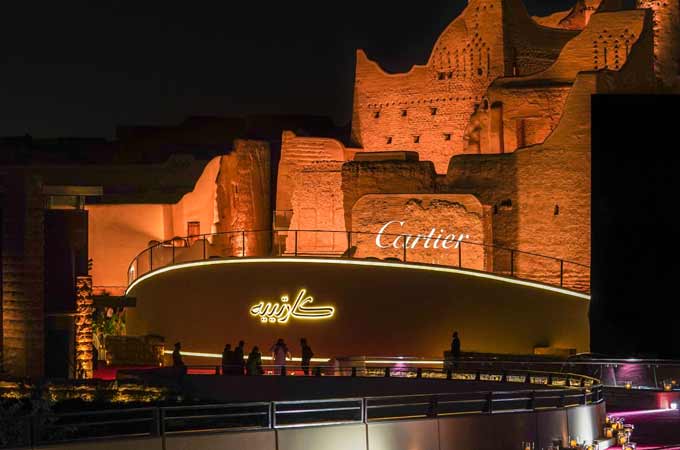 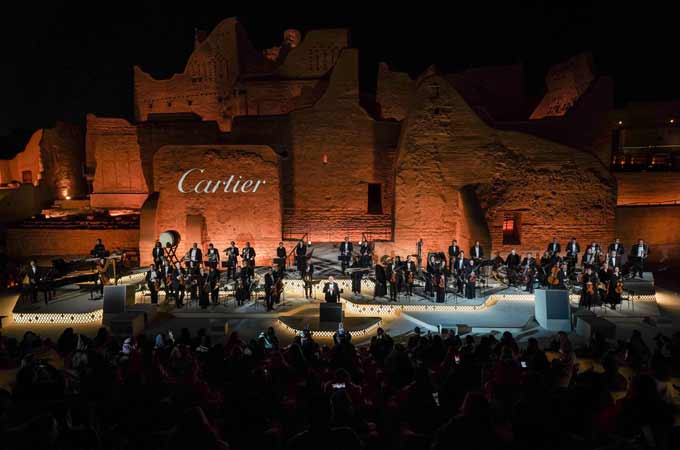 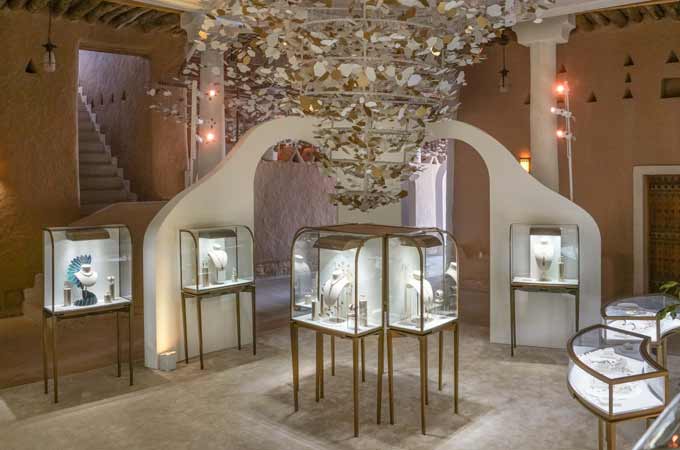