At the close of the Olympic Winter Games Beijing 2022, the Official Timekeeper OMEGA is looking back on another history-making year, with a competition full of memorable results and records.

For the 30th time since 1932, OMEGA was on hand to measure every event at the Olympic Games. Backed by 90 years of experience, and the most advanced equipment in sports timekeeping, the Swiss brand had everything required to fulfill the task.

This included 300 timekeepers, along with 200 tonnes of equipment and 239 volunteers to ensure the operation ran smoothly.

Over the course of two action-packed weeks, the timekeeping team measured 1,200,000 results. From the new National Speed Skating Oval to the National Ski Jumping Centre, each piece of information was captured with exceptional precision.

And some winter performances made a particularly notable impression. 17 Olympic Records were measured during Beijing 2022, as well as two World Records.

In terms of technology, OMEGA was equipped with an arsenal of advanced equipment, including iconic technology such as its Snowgate Systems and photo-finish cameras. In addition, several new technologies were on hand to enhance the experience for athletes, coaches, judges, and spectators. These technologies included a new Jump Analysis in Figure Skating, a new False Start Detection System in Speed Skating, and a new In-Game Display in Ice Hockey.

OMEGA is currently on course to complete 100 years as the Official Timekeeper in 2032, when the event will be held in Brisbane, Australia. Until then, Paris 2024, Milano-Cortina 2026 and Los Angeles 2028 are already on the horizon, the watchmaker said. 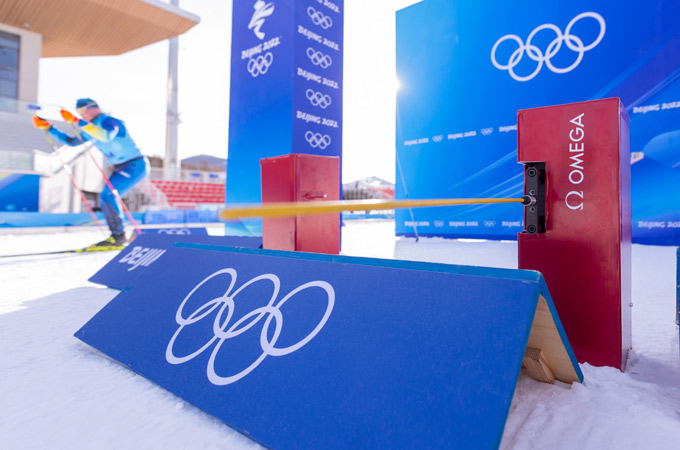