SM-ART has announced the auction dates for the first Patek Philippe NFT of the highly sought-after ‘Nautilus’ timepiece.

The three-day auction will begin on November 18 at 5pm GMT and end on November 21 on the SM-ART platform.

The SM-ART platform has seen a record-breaking 16,000 registrations in 24 hours for the auction following the debut of the Patek Philippe NFT in New York’s Times Square last week.

Internet buzz remains frenzied over the highly anticipated ‘Time Travel’ NFT, which follows the journey of the 'Nautilus' watch that began as a napkin sketch by legendary designer Gerald Genta and became an evolving icon in watch design over the next 30-years.

“We are thrilled at the response, but not surprised by the reaction from prospective global buyers. Patek Philippe’s ‘Nautilus’ watch is an exceptional example of giving a rare collectible a new lease of life, by carrying on its legacy in a new and innovative way for future generations. This is going to be the next chapter in not only Patek Philippe's history but in digital asset history, as well. We are thrilled to be furthering the NFT and NFA movement,” said Danny Sangha, co-founder of SM-ART.

The ‘Nautilus’, first launched in 1976 and discontinued in 2006, presents a highly lucrative investment opportunity for watch connoisseurs. Interested bidders must register on the platform to gain access to the auction and bid via cryptocurrency.

Following the completion of the NFT auction, the physical 'Nautilus' watch will be fractionalised through a non-fungible asset (NFA), where members of the public who are registered on the SM-ART platform can buy and trade shares of the actual timepiece, as the value of the timepiece continues to increase through demand.

SM-ART preserves and curates fine art masterpieces, objets d’art and high-value collectibles through the new medium of NFTs and NFAs, bringing them back into the public domain to be enjoyed by new generations and inspire tomorrow’s artists. A portion of all sales are donated to the NFT/NFA owner's charity of choice and to global tree-planting initiatives to help offset the carbon footprint of SM-ART, who believe in sustainable leadership through humanitarian and environmental actions, said a statement. 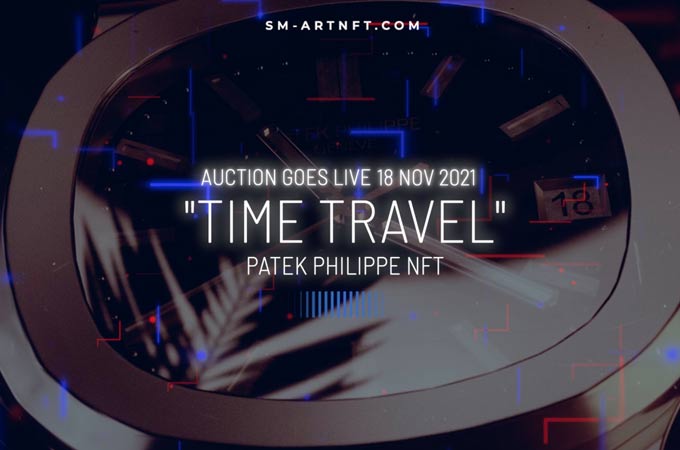