The BMW Group showcased two new BMW electric vehicles – the i4 and iX – for the first time at the IAA Mobility 2021 in Munich.

The BMW Group was the largest exhibitor at the show and it welcomed visitors to the halls at the exhibition grounds and to various to BMW pavilions.

The BMW i4 and iX are made for a new generation of sheer driving pleasure and electrified joy – one is a four-door coupé, the other an SAV – both are technological milestones on BMW’s journey towards an electrified future.

As BMW prepares to drastically ramp up its electrification strategy, the company now plans to have at least 50 per cent of all produced cars globally on the market as fully electric vehicles by 2030. The BMW i4 and BMW iX follow the footsteps of BMW’s first fully electric models, the BMW i3 and the BMW iX3.

The BMW i4 is the brand’s first fully electric vehicle focused squarely on driving dynamics. The new four-door Gran Coupé is built to roam the roads with emission- and compromise-free driving pleasure and combines BMW’s trademark sporting prowess with comfortable range and elegant design. It launches in two model variations, the BMW i4 eDrive40 and the BMW i4 M50, the first-ever electric BMW to earn an M badge.

Equipped with BMW eDrive technology, the model has a range of up to 590 km (BMW i4 eDrive40: electric power consumption: 20-16 kWh/100 km (WLTP); CO2 emissions: 0 g/km. Estimated figures, not yet officially confirmed.)

The BMW iX is the symbol for a new era of mobility at BMW. Conceived for fully-electric driving pleasure from the outset, it completely redefines the successful concept of the BMW Sports Activity Vehicle (SAV).  The BMW iX can achieve a range of up to 630 km with its efficient all-wheel drive system.

With its totally newly-developed, precise and minimalist design, the BMW iX is the first model in a future-oriented generation of automobiles, which are redefining the driving experience, the feeling of space, and the relationship between the car and its passengers.

Like the i4, the iX is also due to come onto the market in November this year. The IAA gave visitors their first chance to explore the two electric vehicles in person.

BMW also focused on the further development of vehicles powered by a hydrogen fuel-cell drive system at the show. The group is piloting the second generation of this drive system type with the BMW i Hydrogen NEXT. This all-electric vehicle – which is currently undergoing testing in everyday conditions – uses hydrogen as an energy source, converting it into power in a fuel cell. 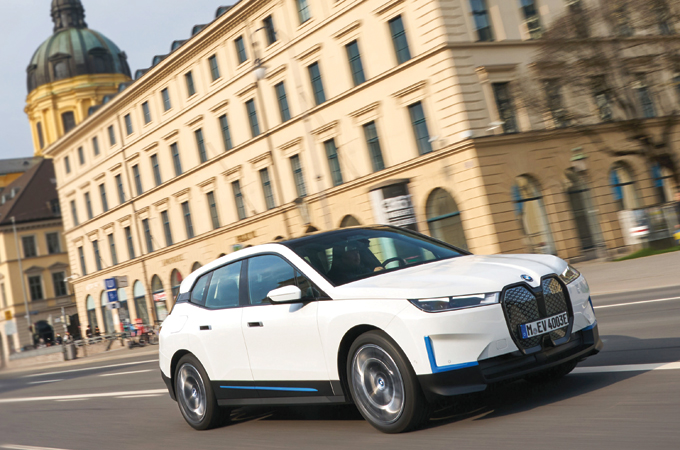 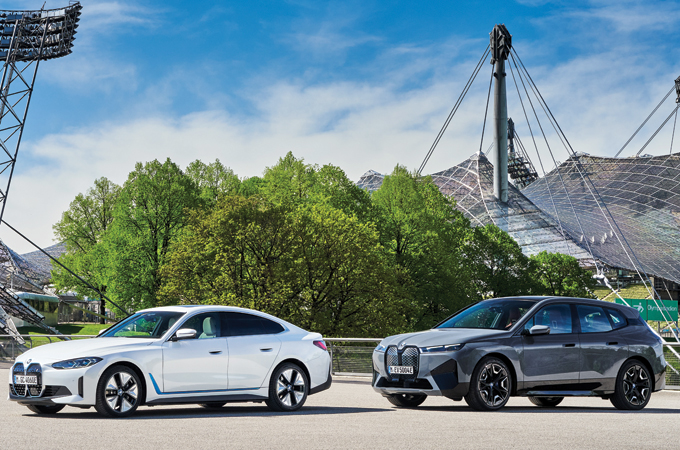