Bvlgari’s creations speak a universal language, reaching beyond gender, style and differences, as expressed by the new models presented by the maison at the Geneva Watch Days.

Men’s, women’s, complications and jewellery creations all represent an open invitation to travel.

Travel is highlighted in the truest sense of the term with the Octo Roma WorldTimer, which jumps at a glance from one time zone to another. The wings of the Octo Roma Papillon Tourbillon take flight on the highly original dial display, while the Roman jeweller takes women on an emotional and dreamlike journey with the enchanting Divina Mosaica Minute Repeater and its Divina sisters, which explore Bulgari’s Roman roots and its mastery of both jewellery and watchmaking.

Octo Roma WorldTimer: The Octo Roma WorldTimer is designed for globetrotters: it enables instant reading of the time in 24 cities, i.e. in 24 time zones. From Rome to Samoa, Anchorage or Cape Verde, no place on the planet can escape it when it comes to knowing the local time in relation to the time at home.

This new version of the world time function joining the Octo Roma collection is driven by a new integrated movement comprising 261 components, developed and produced by the manufacture in Le Sentier. The elegantly understated model with its instantly recognisable 41 mm case has established itself within a few short years as one of the most emblematic and timeless models of 21st century Haute Horlogerie.

Octo Roma Central Tourbillon Papillon: While complex in terms of its construction, the new Octo Roma Central Tourbillon Papillon offers infinite simplicity in the reading of the hours and minutes. A metaphor inspired by the flight of the butterfly and unique in the world of Haute Horlogerie, this mechanism carries two independent retractable diamond-shaped hands positioned on a supporting disc. Each runs in turn along a 180-degree semi-circular minute track. 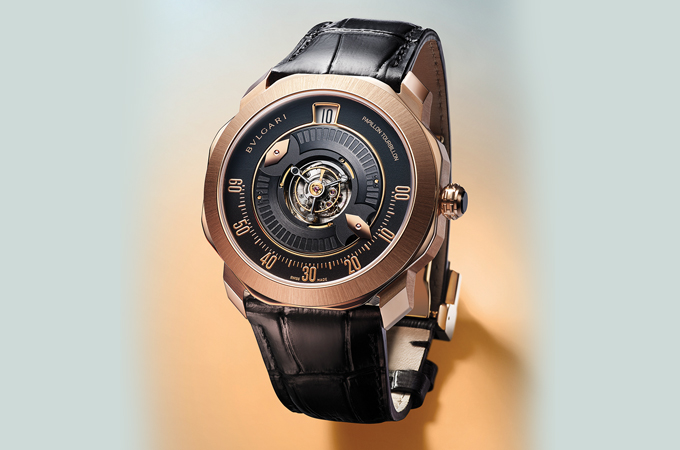