The world’s favourite spy is back, as No Time To Die arrives in cinemas across the globe. While the details of 007’s latest OMEGA timepiece were unveiled at the end of 2019, OMEGA is now proving that there’s more to this Diver 300M than meets the eye!

During the mission, a coiled mechanism is fitted to the underside of the watch, creating a “limited radius electromagnetic pulse.” Thanks to the ingenious work of Q, this clever addition helps 007 to short out any circuit on a hard-wired network.

The watch proves to be a useful tool for 007 in the film, and in one scene, James Bond shares his own admiration with Q by saying, “just showed somebody your watch. It really blew their mind.”

It’s a special piece of movie-making excitement, yet in true life, the technical capabilities of the watch are not too far from OMEGA’s real watchmaking magic.

Like almost all of OMEGA’s mechanical timepieces today, the genuine Seamaster Diver 300M 007 Edition is Master Chronometer certified, meaning that it has been tested and approved at the Swiss industry’s highest standard of precision, performance and magnetic-resistance. Built with ingenious OMEGA technologies, including a co-axial escapement, a silicon balance spring, and other non-ferrous materials, the watch is able to resist magnetic fields up to 15,000 gauss (similar to that of an MRI scanner).

Although customers who wear this watch may not be expecting to save the world, this level of anti-magnetic technology is the perfect protection against every-day magnetic fields, such as mobile phones and laptops, which can disrupt a mechanical watch and stop it from working.

The Seamaster Diver 300M 007 Edition has been crafted in OMEGA’s own laboratory from lightweight Grade 2 titanium, with a “tropical” brown dial and unique military markings. It’s available to own on a titanium mesh bracelet or a striped NATO strap.

Earlier, a new OMEGA campaign was launched to reveal 007’s timepiece in action. The television commercial captured a dramatic montage of clips from James Bond’s latest mission and included thrilling glimpses of returning 007 characters, including Q and Moneypenny, along with the new “double-O” agent, Nomi.

ABOUT NO TIME TO DIE

No Time To Die is the official title of the 25th James Bond adventure. The film — from Albert R Broccoli’s EON Productions, and Metro Goldwyn Mayer (MGM) — is directed by Cary Joji Fukunaga and stars Daniel Craig, who returns for his fifth film as Ian Fleming’s James Bond 007. The film was released in cinemas on September 30 in the UK through Universal Pictures International and in the US on October 8, from Metro Goldwyn Mayer (MGM) via their United Artists Releasing banner.

In No Time To Die, Bond has left active service and is enjoying a tranquil life in Jamaica. His peace is short-lived when his old friend Felix Leiter from the CIA turns up asking for help. The mission to rescue a kidnapped scientist turns out to be far more treacherous than expected, leading Bond onto the trail of a mysterious villain armed with dangerous new technology.

EON Productions is one of the longest running and most successful independent film, television and theatre production companies.

Founded in 1961 by Albert R Broccoli and Harry Saltzman, today it is run by Michael G. Wilson and Barbara Broccoli who provide the creative producing force behind all of EON Productions projects. Best known for producing the James Bond films, EON Productions are active in producing and co-producing independent feature films. 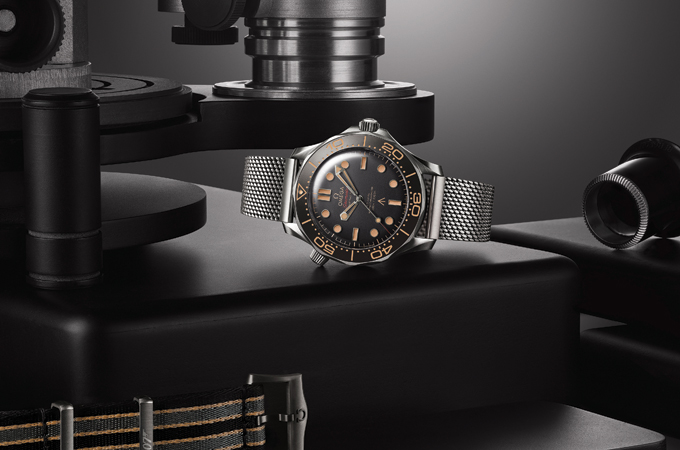 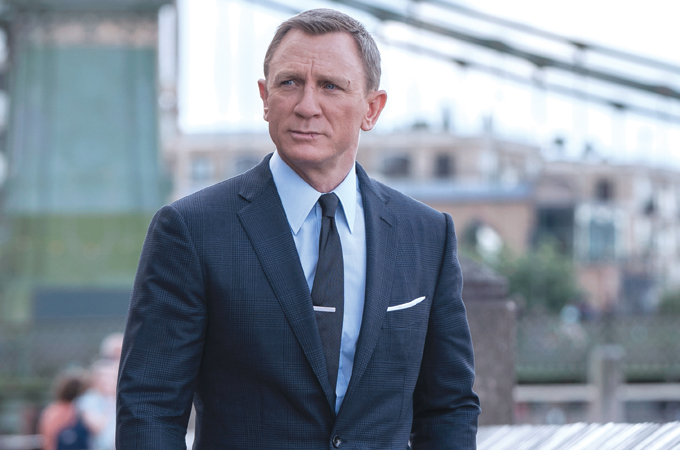 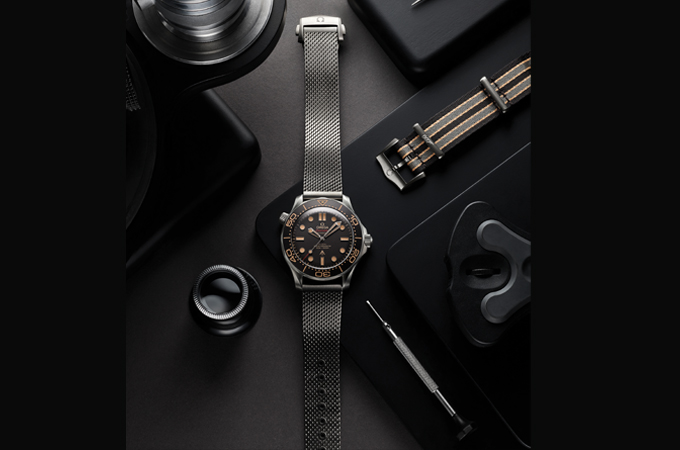 "
OMEGA Seamaster Diver 300M 007 Edition, the grade 2 titanium watch, is a vital companion of Bond and serves him with typical quality and style