Christie’s will offer The Marie Antoinette Diamonds as lot 1 of its live Magnificent Jewels Auction to be held at the Four Seasons Hotel des Bergues, Geneva.

Presented in their current form, the 112 diamonds, originally belonging to Queen Marie-Antoinette of France (1755-1793), are set as a historic pair of bracelets (estimated $2 million to $4 million).

‘Over the past 255 years Christie’s has offered many historic jewels from royal houses around the world. It is a privilege to be able to offer these exceptional and unique bracelets for sale at Christie’s where they will attract bidding from collectors globally. As seen in recent Geneva sales, the market for jewels of noble provenance continues to perform extremely well," commented François Curiel, Chairman Christie’s Luxury.

In 1776 Marie Antoinette had been Queen of France for two years and was already recognised as the queen of elegance and style. She could not resist jewellery – especially diamonds. In the spring of 1776, she bought these two diamond bracelets for 250,000 livres, a huge sum at the time. According to Count Mercy-Argenteau, Austria’s Ambassador to France, they were paid partly in gemstones from the Queen’s collection and partly with funds the Queen received from King Louis XVI.

Recent discoveries by jewellery historian Vincent Meylan shows that in February 1777, in the personal papers of King Louis XVI, it is stated: ‘to the Queen: down payment of 29,000 livres for the diamond bracelets she bought from Boehmer’.

Count Mercy-Argenteau left his post as Ambassador of the Austrian Empire to France in 1790 and took office in Brussels. On January 11, 1791, he received a letter from Queen Marie-Antoinette, then a prisoner in the Tuileries in Paris. It announced that a wooden chest would be sent to him for safekeeping.

Mercy-Argenteau stored it unopened for the next couple of years. On October 16, 1793, Marie Antoinette was guillotined and in February 1794, Emperor Francis II of Austria (1768-1835) ordered the chest to be opened in Brussels and an inventory to be made. It read as ‘Item no. 6 – A pair of bracelets where three diamonds, with the biggest set in the middle, form two barrettes; the two barrettes serve as clasps, each comprising four diamonds and 96 collet-set diamonds’.

Madame Royale (1778-1851), surviving daughter of Marie-Antoinette, received these jewels in January 1796 upon her arrival in Austria.

Of the pieces with a traceable provenance back to the Queen of France, these extraordinary bracelets are the only example to include diamonds belonging to her and to retain the exact design described in the Brussels inventory. While it is possible that the bracelets might have been remounted at a later stage, no changes were made to the overall composition and the number of diamonds, except for those on the clasp, were kept identical as per the inventory. 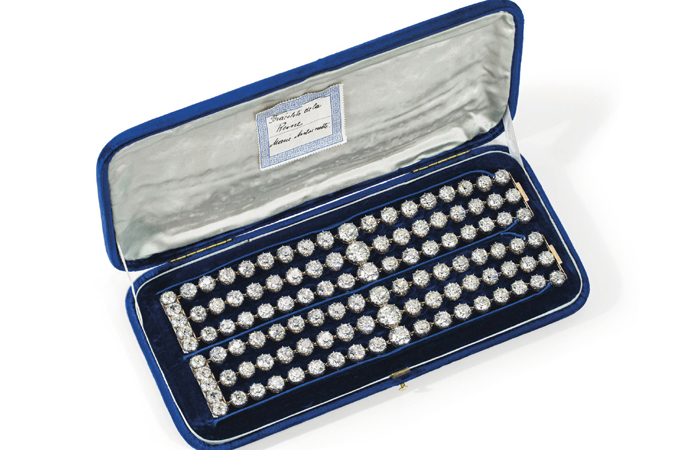 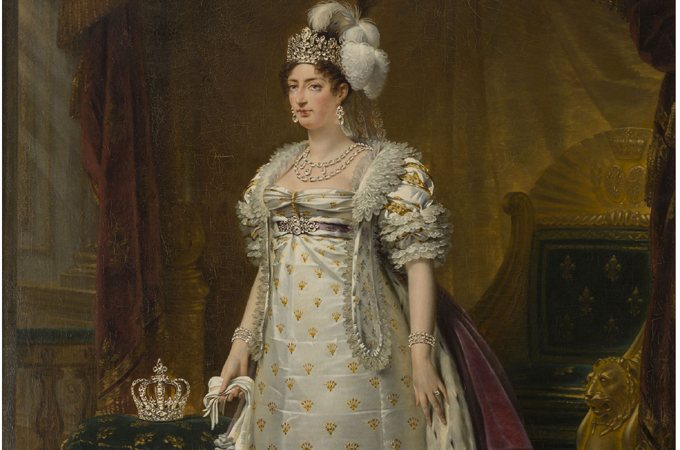