When excavators started to bear down on the 34-year-old Metropolitan hotel on Sheikh Zayed Road in Dubai three years ago, many an old-time resident and tourist watched wistfully as one of the UAE city’s historic hotels and social hotspots slowly faded into history.

Three years on though, a magnificent new hospitality destination is fast emerging in its place and is now opening its doors to the world in phases, following the launch of Dubai’s first ever St Regis property late last year.

This destination is being built at a cost of $3 billion over an area of 8.5 million sq ft and is billed as “an iconic city within an iconic city”.

Its name, Al Habtoor City, aptly reflects the aspirations of its developer, the Al Habtoor Group.

Al Habtoor City will also have an array of retail and leisure facilities lining The Boulevard and the Marina Promenade, including boutiques, stylish cafés, signature restaurants and a tennis academy with four courts, including an air-conditioned court for year-round play. The new community will also incorporate practicalities such as a branded supermarket, a clinic and pharmacy, and more than 5,000 car-parking spaces.

Al Habtoor Group has also launched The Residence Collection, consisting of 1,460 apartments ranging from one to four bedrooms to loft-style units and penthouses.

Al Habtoor City is a short distance from Dubai’s major landmarks such as the Burj Khalifa, Madinat Jumeirah, The Dubai Mall and Mall of the Emirates. The development is a stone’s throw away from The Dubai International Financial Centre and the Dubai World Trade Centre. What’s more, it is intertwined with the under-construction Dubai Water Canal, which will connect Dubai Creek with the Arabian Gulf. Apart from fabulous views of the marina, this also means that the Dubai Water Taxi will make regular stops at the Al Habtoor City marina as part of its route.

It’s no wonder that Starwood Hotels & Resorts Worldwide signed up to the challenge of managing more than 1,600 rooms in Al Habtoor City alone, under three of its luxury and upper-upscale brands – St Regis, W Hotel and Westin –adding 1,675 rooms to Dubai when they all open.

The St Regis Dubai opened to great fanfare last December. “In line with our brand promise, The St Regis Dubai will deliver service and experiences beyond expectation to bring a whole new level of decadence in hospitality to Dubai,” Andreas Oberoi, Starwood Complex General Manager, tells Arabian Knight in an interview.

“Complementing its grandeur to relate to the modern-day luxury traveller, the hotel includes a private helipad. All guests will be extended the signature St Regis Butler Service ensuring every unique preference is known and understood and every guest’s desire is fulfilled as if it were second nature,” he promises.

The new W Dubai – Sheikh Zayed Road will be one of the most anticipated openings of 2016, as the brand is unveiled in the UAE for the first time.  Oberoi says: “The hotel promises a vibrant blend of fabulous design, cutting-edge technology and spectacular experiences that make relaxing easy. Featuring 356 rooms including an Extreme WOW suite, contemporary restaurant concepts and glamorous entertainment experiences, the hotel will also bring to Dubai the not-your-ordinary W Lounge, the W brand’s revolutionary take on the traditional lobby lounge concept.”

The largest Westin hotel in the region, The Westin Dubai, Al Habtoor City stands tall on Sheikh Zayed Road with its 41-storey structure.

“The hotel’s refined interiors of stylised motifs influenced by the Art Deco movement and the eco-sensitive colours and textures echo Westin’s commitment of providing relaxing environments in which guests can feel their very best,” says Oberoi.

“The well-appointed 1,004 rooms, including 142 suites, featuring the Westin Heavenly Bed and Heavenly Bath, are designed to deliver a truly revitalising experience to guests whether travelling for business or leisure. Elevating the experience for guests staying in Club rooms and above, The Westin Club Lounge on level 39 presents delightful inclusions while affording uninterrupted views of Sheikh Zayed Road.

“To energise, guests can choose from the 24-hour fitness studio, a swim in the outdoor pool or spend time at the Heavenly Spa by Westin on two levels that features a hammam, 22 treatment rooms and separate wet areas for males and females.

“The hotel will also be home to Westin KidsClub that will be accessible to guests of the St Regis and W hotel as well,” he says.

The three hotels cater to the different requirements, characters and guest preferences, Oberoi explains. “Having three distinct Starwood brands at one location offers a wide variety of choice in terms of style of stay for our loyal guests.

“For those new to the Starwood brand, it is an excellent opportunity to experience a slice of our diverse portfolio as each of the three brands is well represented with these flagship properties,” he says.

The 21 dining venues, two spas and kids club  across the three hotels will be accessible to all guests as well as residents of the city.

Al Habtoor City will also feature a tennis academy, which guests would be able to book via the hotel’s concierge service. 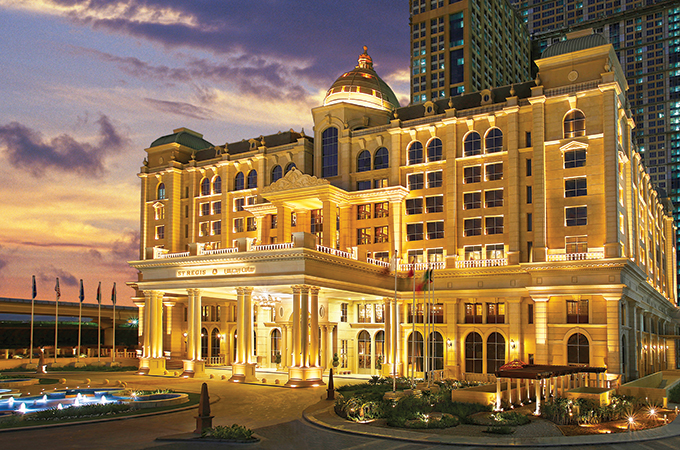 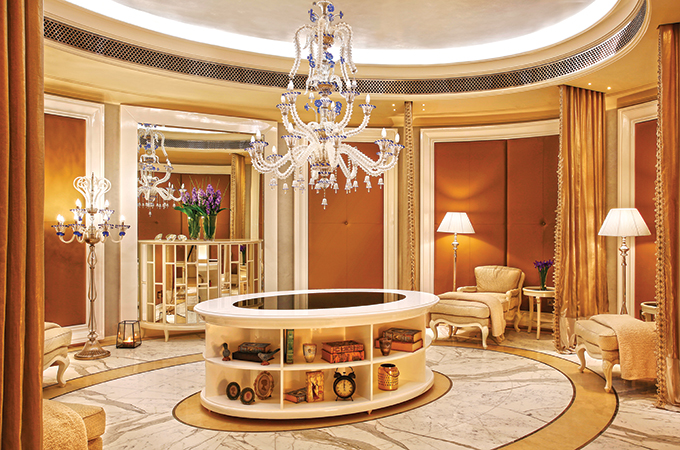 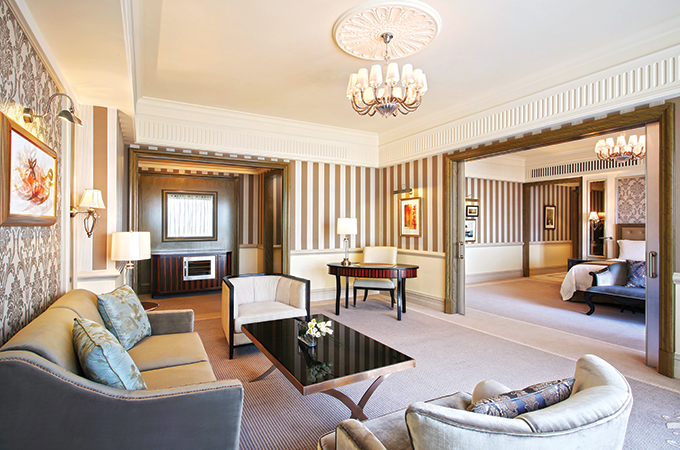