Ferrari NV today announced that the company made a total shipment of 2,685 units during the second quarter of 2021, almost double versus prior year and up 0.5% versus Q2 2019.

During 2020 Q1, which was heavily impacted by the disruptions of the Covid-19 pandemic, including production and delivery suspension, 1,296 units were shipped, said the company releasing its consolidated preliminary results for the second quarter and six months ended June 30, 2021.

Chairman and Acting CEO John Elkann said: “This excellent second quarter confirms the strength of Ferrari and of its unique business model. With each Ferrari we unveil we are setting new benchmarks for innovation, beauty and distinctiveness which is the only true luxury. As we move towards our 75th anniversary next year, our opportunities have never been wider and greater.”

Sales of 8-cylinder models (V8) were up 111.2% and 12 cylinder models (V12) were up 37.6%. The deliveries of the quarter were driven by the F8 family and the 812 GTS together with the SF90 Stradale and the Ferrari Roma, which reached global distribution. The Ferrari Monza SP1 and SP2 continued to be delivered in line with planning. The first deliveries of the new Ferrari Portofino M commenced in the quarter.

All geographic regions positively contributed in the quarter. EMEA was up 89.4%, Americas increased 70.3%, Mainland China, Hong Kong and Taiwan posted a strong 564% performance, boosted by the arrival of new models and accentuated by an easy comparison versus prior year , and Rest of APAC surged by 92.4%.

On June 9, 2021, Ferrari announced the appointment of Benedetto Vigna as its Chief Executive Officer. Vigna will join Ferrari on September 1 from STMicroelectronics (ST), where he was President of its Analog, MEMS (Micro-electromechanical Systems) and Sensors Group, ST’s largest and most profitable operating business in 2020. He was also a Member of the ST Group’s Executive Committee.

In his role as CEO, Vigna’s priority will be to ensure that Ferrari continues to build on its leadership position as the creator of the world’s most beautiful and technically advanced cars. His unique knowledge gained over 26 years working at the heart of the semiconductor industry that is rapidly

transforming the automotive sector, will accelerate Ferrari’s ability to pioneer the application of next-generation technologies.

On June 13, 2021 Ferrari launched its first luxury collection, designed by Rocco Iannone, with a fashion show that happened amidst the assembly lines of the factory in Maranello. The following day the first of our new flagship stores was inaugurated in Maranello, which enhances a modern shopping experience and embodies the Company’s values of innovation, style and performance. Directly adjacent to the factory and the store, the new Cavallino Restaurant also opened, after its transformation into a modern Modenese trattoria now under the direction of Massimo Bottura.

On June 24, 2021 Ferrari unveiled the 296 GTB, the first V6 hybrid and the latest evolution of Maranello’s mid-rear-engined two-seater berlinetta, during an online event broadcasted on Ferrari’s social media and web channels. The 296 GTB redefines the whole concept of fun behind the wheel, guaranteeing pure emotions not just when pushing the car to its limits, but also in day-to-day driving situations. The car’s name, which combines its total displacement (2.992 l) and the number of cylinders was chosen, with the addition of the GTB (Gran Turismo Berlinetta) acronym in finest Ferrari tradition, to underscore this new engine’s epoch-changing importance to Maranello. It is not simply the living, beating heart of the 296 GTB, but it also ushers in a new V6 era that has its roots deep in Ferrari’s unparalleled 70-year-plus experience in motorsports. 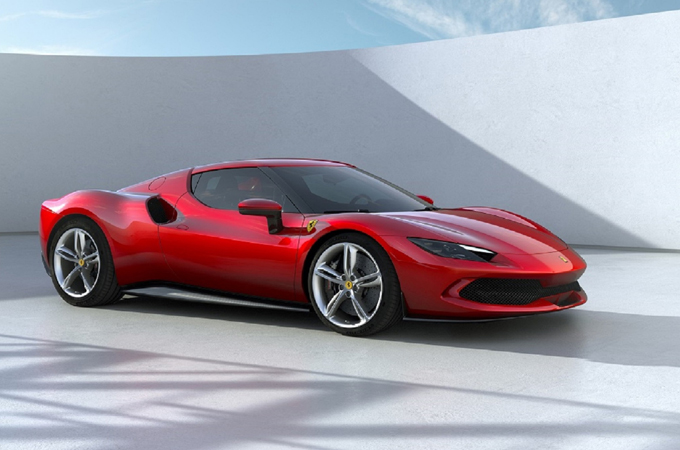