The Waldorf Astoria Jeddah – Qasr Al Sharq, a hotel favoured by the rich and famous in Jeddah, Saudi Arabia, has won the Luxury Lifestyle Award 2015 in the Luxury Hotel category.

The announcement was made at a glittering gala event which took place in Dubai with the attendance of more than 250 guests, including Middle East royalty and other dignitaries.

Renowned for its sumptuous luxury and impeccable service, the majestic Waldorf Astoria Jeddah – Qasr Al Sharq is a true Arabian palace that is preferred by royalty, heads of state and dignitaries whenever they visit Jeddah.

“This coveted award win is all the more valued because of the high level of the distinguished members of the adjudicating committee who voted for The Waldorf Astoria Jeddah – Qasr Al Sharq as the best luxury hotel in the Kingdom of Saudi Arabia.”

The Luxury Lifestyle Awards 2015 Middle East were attended and evaluated by the honorary guests and juries including the members of Royal Families of Abu Dhabi, Dubai and Qatar, and representatives of world-renowned luxury companies such as Bvlgari and LVMH, Xerjoff International, RFMAS Group, EMEA, The Kanoo Group, ESCADA, Vertu, L’oreal Luxe and others.

At the gala ceremony, The Waldorf Astoria Jeddah – Qasr Al Sharq was presented with the award, which is an exquisite Golden Crown made by the Italian jewelry brand Faraone Mennella, and a custom-made certificate in recognition of the hotel’s leadership among the great luxury hotels of the world.

The Luxury Lifestyle Award is an international award granted to companies in the luxury segment for their initiatives and outstanding achievements. 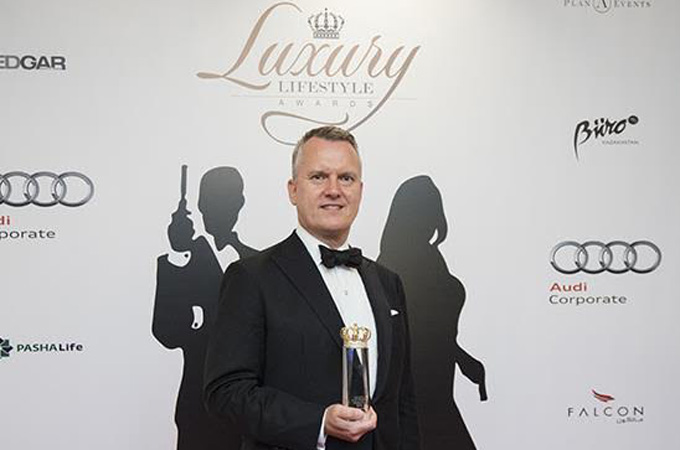