The Palazzo Versace in Dubai, UAE, has opened for business, nearly a decade after the luxury hotel and resort was first unveiled.

Developed by the Enshaa Group, the Versace-branded property is billed as “the most luxurious hotel the Middle East has ever seen”.

The property lies at the heart of the new Culture Village, located on a prime waterfront plot with unobstructed views of the Dubai Creek.

Artistic director Donatella Versace has designed the interiors and furniture for each of the 215 rooms, bringing the universe of Versace truly to life. The grand lobby features an extraordinary 1,000-sq-m marble mosaic floor, with bespoke furniture and textiles decorated with peacocks, falcons and horses.

The interiors imagine the Versace lifestyle through the contemporary eye of Versace herself, where everything is opulent.

More than 100 specialist artisans were recruited to produce the detailed mosaics for various areas of a fashion-branded residence in Dubai.

Almost 90 per cent of the artisans working on Palazzo Versace Dubai were based in the UAE, but Versace’s Italian origins are underlined by the fact that all the hand-cut marble and glass tesserae – the small pieces which make up a mosaic – for the palace were developed by an Italian master mosaic expert in Italy.

Palazzo Versace Dubai is also home to 169 residences, ranging from one to six bedrooms, each decorated and furnished in the true Versace style.

"Versace is a renowned fashion, luxury and lifestyle company. Since the very beginning we've encompassed many product categories – from clothing to accessories, from luxury goods to the home collection – to convey the uniqueness and iconic style of the brand," says Gian Giacomo Ferraris, chief executive officer of Versace. “In 2000, we pioneered the luxury fashion branded hotels opening the first Palazzo Versace Gold Coast, Australia and today we are proud to bring the ultimate Versace lifestyle in Dubai with the new hotel. The fine and luxurious designs by Versace will be present in every detail of the living environment, and luxury will become a lifestyle."

The Dubai project was first unveiled back in 2006 by Emirates Sunland Group, a joint venture between Enshaa’s subsidiary firm Emirates International Holdings (EIH) and Australian developer The Sunland Group.

However, it ran into difficulties following the global financial crisis in 2009, before Enshaa Services Group, another subsidiary of Enshaa, took control of the project as part of a swap deal in which Enshaa relinquished its stake in the Australian property in exchange for full ownership of the Palazzo Versace in Dubai. 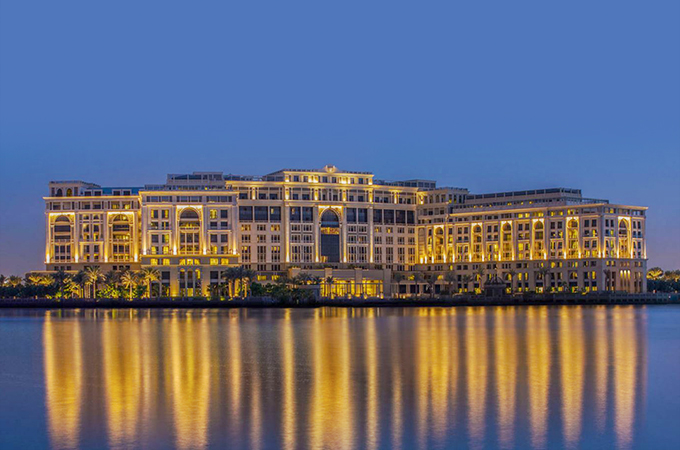 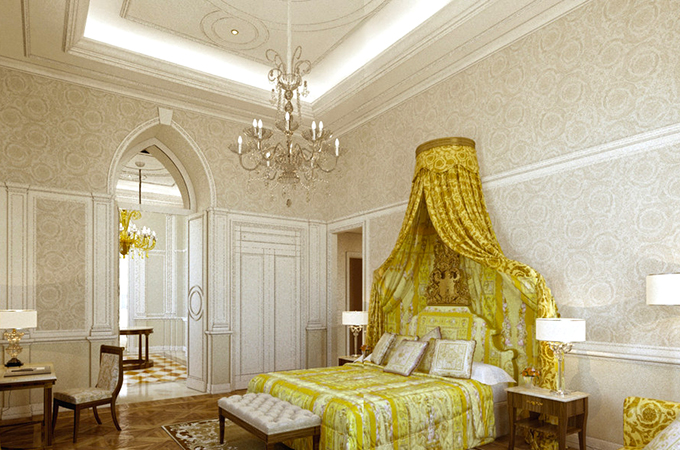 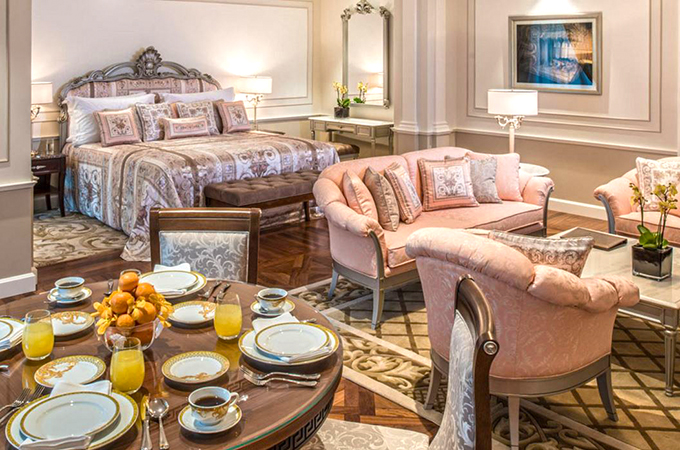 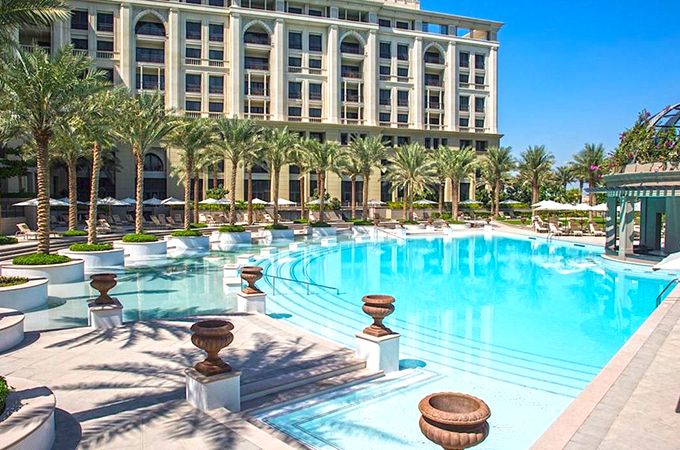