Estimated at $1 million to $2 million, the 28.86 carat, D Color Diamond was the highest valued lot ever offered in a Christie’s online sale.

The impressive stone received bids immediately upon the sale going live on June 16. After a fierce competition of 31 bids, from four countries spanning Asia to America, the exceptional stone sold for

Overall the online sale received significant global participation with bidders represented from 27 countries and 5 continents. Additionally, there was an unprecedented amount of online engagement across a global spread of 134 countries with a 70% increase of daily visitors to the sale page compared to the online jewels sale hosted in June 2019.

Rahul Kadakia, International Head of Jewelry at Christie’s, notes: “The spectacular 28. 86 carat D color diamond received immediate attention upon its announcement. The stone possesses a transparency and purity which can only be found in the world’s finest diamonds. The sale of this exceptional stone established the record for a jewel sold in an online-only auction, demonstrating greater client confidence in Christie’s digital ability and online sale platform. We now look forward to the beginning of our live auction season for jewellery spanning all major Christie’s global sale sites led by a $8 million Fancy Intense Blue IFDiamond of 12.11 carats offered in Hong Kong on July 9. ” 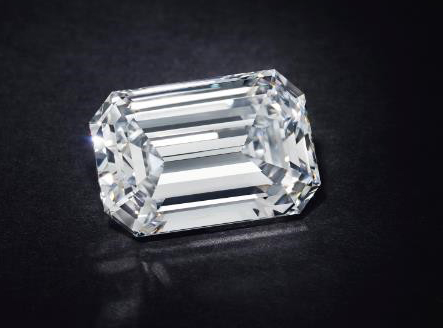