Business, Banking & Finance
Small Malta 'has much to offer'

Malta is keen to enhance its bilateral relations with all the Gulf countries, even as it enjoys good ties with them, Malta’s Minister for Foreign Affairs and Trade Promotion, Carmelo Abela, has said.

Speaking to a delegation of journalists from the Gulf, he said: “On a bilateral level, we try to keep best relations with all countries in the region.”

Trade and investment between Malta and the Gulf are also growing with property sector investments seeing a significant rise in recent years.

Though Malta is a small country in terms of its size and population, it has a lot to offer to the global marketplace, including the latest technologies. “Whether it’s the tourism sector, financial services, manufacturing or technology sectors, we are blessed that we can offer a variety of solutions to the world. For history lovers, Malta is the place to be; in a very small place you can see pre-historic sites to the present-day monuments,” said Abela.

From the economic and business point of view, Malta is one of the fastest growing economies in the European Union. Unemployment is almost nil and the country is actually facing a skills shortage at the moment.

“We are living in a positive period and investors are coming to Malta,” Abela said. “We have a diverse economy, an economy that is nor dependent on one sector. A number of years ago, one would say tourism is the backbone of our economy, but it’s not so any more. Today, though tourism remains an important part of the economy, we have services, gaming, manufacturing, IT, Blockchain, etc. that constitute significant portions of the economy.”

Malta joined European Union about 15 years back and has benefited economically from its association with the EU, though the bloc’s membership rules have placed some limitations on conducting business with other states.

“When it comes to tariffs, we are limited in what we can do on a bilateral level. This applies also to the visa regime. Of course, when EU signs agreements with a third country, we are one of the first member states to ratify these agreements,” Abela stresses.

Stressing the importance of dialogue between nations to solve issues, Abela said: “We are a neutral country and we believe in dialogue. It’s the best way to tackle problems. Today, trade wars are becoming frequent. But we don’t believe that by engaging in such trade wars we are going to have winners. In the medium to long term, there will be only losers, even though some may benefit in the short-term. Promoting dialogue and by working together we can solve many issues. Cooperation is the best way forward.”

Asked about the current tension in the Gulf in view of the recent tanker attacks, Abela said: “Irrespective of the countries and issues, it’s important for all to sit down and talk. The escalation of the situation will not solve any issue; it will only create new ones.”

Speaking on Libya, he said no military solution will heal the situation there, they will create only more bad blood among different factions. The best thing is for the political leaderships of all factions to sit around the table and start dialogue, he continued.

Malta is also happy about its growing relations with India, he said. Malta has a full-fledged High Commission in New Delhi and India too has its mission in Valletta. “In a relatively short period of time, we have taken a number of major steps in terms of our bilateral relationship with India. Irrespective of the size of the countries, we have much cooperation and good progress is being made to enhance the ties.”

Malta is also expanding its diplomatic presence in other regions of the world. Last year, it opened a High Commission in Accra (Ghana) and this year it will open an embassy in Japan, and a consulate general in Morocco.

Brexit, a major issue facing the European Union and Britain, is particularly of keen interest for Malta since the country has important and long-standing relations with Britain.

“As a Commonwealth country, we have a close relationship with the UK. We are on the same page on several issues and with UK moving out of EU, we are going to lose an ally. We also have a great people-to-people relationship with the British with many citizens living in each other’s country. We need to think after the Brexit what happens to them; how we can best defend the interests of our citizens living in UK. We have taken already steps in that direction to provide peace of mind to our citizens.

“Then there is the issue of doing business. That is for future depending on how London negotiates its way out of the EU,” he said.

Malta also sees some opportunities here and plans to offer businesses in the UK who want to keep a presence in the EU, the option of co-locating in Malta. The advantages for these companies are that Malta is an English-speaking country with laws based on English legislation.

“Our flexibility is also a great advantage. Being a small country gives us the flexibility to take decisions quickly and investors will have easy access to people who can make decisions at different levels,” he pointed out.

Malta plans to participate strongly at the Expo 2020 Dubai and showcase what it has to offer to the expected 25 million visitors to the show.

In what is the fourth World Expo that Malta is taking part in, the island nation will have its own pavilion at the Expo which will share the message of the country’s chosen theme: ‘Connecting Cultures, Generating Opportunities’.

The tender for the concept, design, construction, fit-out, maintenance, and decommissioning of the structure of the Malta Pavilion at Expo 2020 Dubai has been issued on behalf of Malta Enterprise.

The Malta pavilion will be divided into two floors, with the exhibition and presentation area on the ground floor and meeting rooms on the first floor.

“It’s a great opportunity as nearly 200 countries are expected to take part in the event. We have a number of trade organisations coming from Malta to take advantage of the global event,” said Anthony P Tabone, Malta’s Consul General in Dubai.

The government is very much on track on the organisational front, he said. “It’s a platform to connect our synergies with different countries and people from across the world. We definitely want to help our business community to visit the Expo and experience what the event offers.”

“We are also encouraging Malta Tourism to offer a comprehensive product to the expected 25 million visitors to the Expo. The product will focus on Malta’s myriad attractions and its open-door policy. It is to be noted that Malta has excellent connections to all global destinations including the Gulf,” he added. 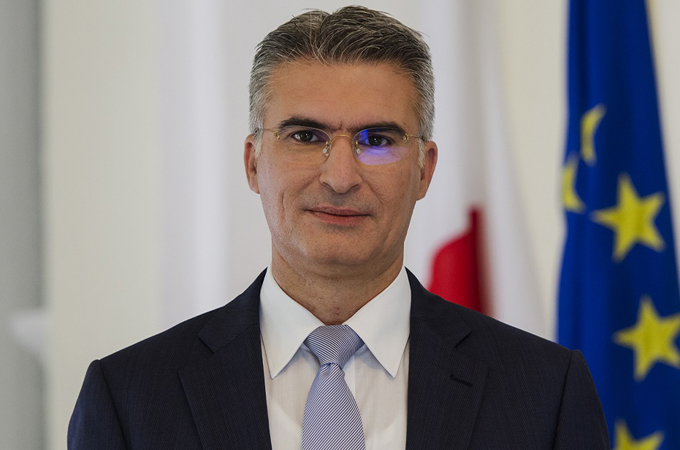 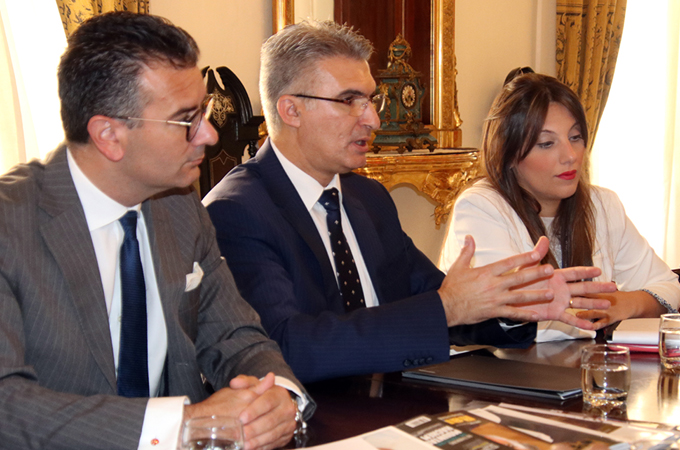 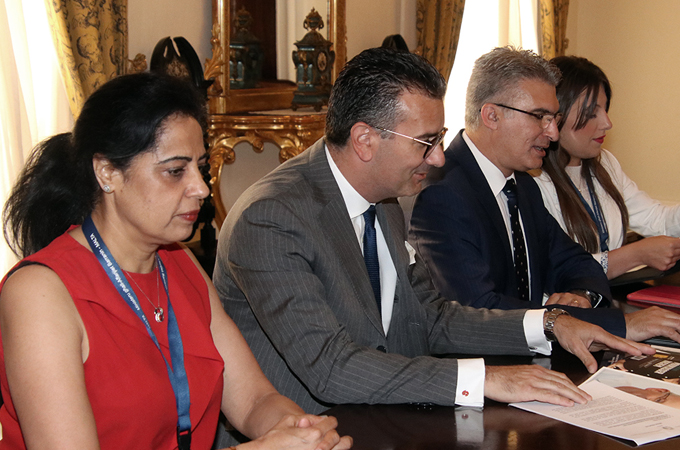