Dubai’s biannual business aviation show is spreading its wings into Morocco next year and will also get a new name as it grows in size and stature.

The news was revealed following the recently concluded Middle East Business Aviation (MEBA) show, which was held from December 8 to 10 at Dubai World Central (DWC), the purpose-built ‘aerotropolis’ in Dubai, UAE.

Held by the Middle East and North Africa Business Aviation Association (MEBAA), this year’s edition attracted as many as 8,314 visitors and 422 exhibitors while featuring 44 aircraft on static display.

Commenting on the success of the event, MEBAA chairman Ali Al Naqbi says: “It has been an incredible show. We saw so many people exhibiting and attending from all over the world this year. Exhibitors were delighted with the quality of visitors, all of whom came to do business.

Highlights from MEBAA's perspective include the amount of time Sheikh Ahmed bin Saeed Al Maktoum, the Chairman and Chief Executive Emirates Airline & Group and President of Dubai’s Department of Civil Aviation, spent touring the show, the 'Business Aviation Around the World’ panel session, and the enthusiasm shown by exhibitors to talk to the students who attended ‘Futures Day’, on the final day of the show.

Al Naqbi said that as the show goes from strength to strength, the association would now be launching a Moroccan edition next year named MEBAA Show Morocco, which would be the first business aviation show in the country.

Also, the next Dubai show would be renamed MEBAA Show 2016 “to avoid confusion”.

Among other highlights of the Dubai event, which was organised by F&B Aerospace on behalf of the association, MEBAA donated $25,000 to Fly & Feed, a new initiative between the United Nations World Food Programme (UNWFP) and MEBAA, kicking off an annual pledge from its members to support the vital humanitarian work of the charity.

The 'Fly & Feed' initiative enables MEBAA operator members to donate $20 to the charity     programme for every flight.

Al Naqbi says: “It gives me great pleasure to donate $25,000 on behalf of the organisation to the WFP, fulfilling its obligation as a partner. With more than 230 members, MEBAA members’ potential contribution to the world hunger-fighting charity could make a real difference.”

MEBAA represents the business aviation industry in the Middle East and North Africa (Mena) region and is a member of the International Business Aviation Council (IBAC).

A non-profit association, MEBAA was established in 2006 with the mission to provide a platform for members of the business aviation industry in the region to gather, understand and communicate the needs and benefits of the industry.

As part of its current growth strategy, MEBAA seeks to implement operational safety and efficiency by providing best-in-practice training, lectures and conferences, establishing codes of conduct, and providing industry data.

Today, MEBAA represents over 230 companies within the region and provides a number of products and services to its members, including the MAIS (MEBAA Aviation Insurance Scheme) insurance scheme for operators.

In addition to various networking events, MEBAA hosts the MEBAA show, which ranks as the third largest business aviation show in the world. 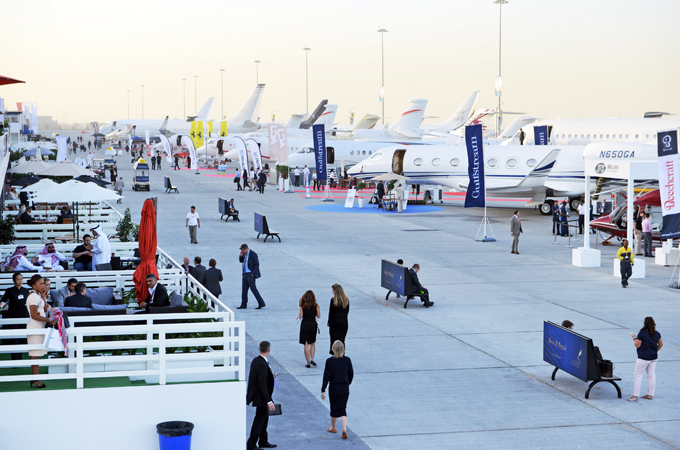